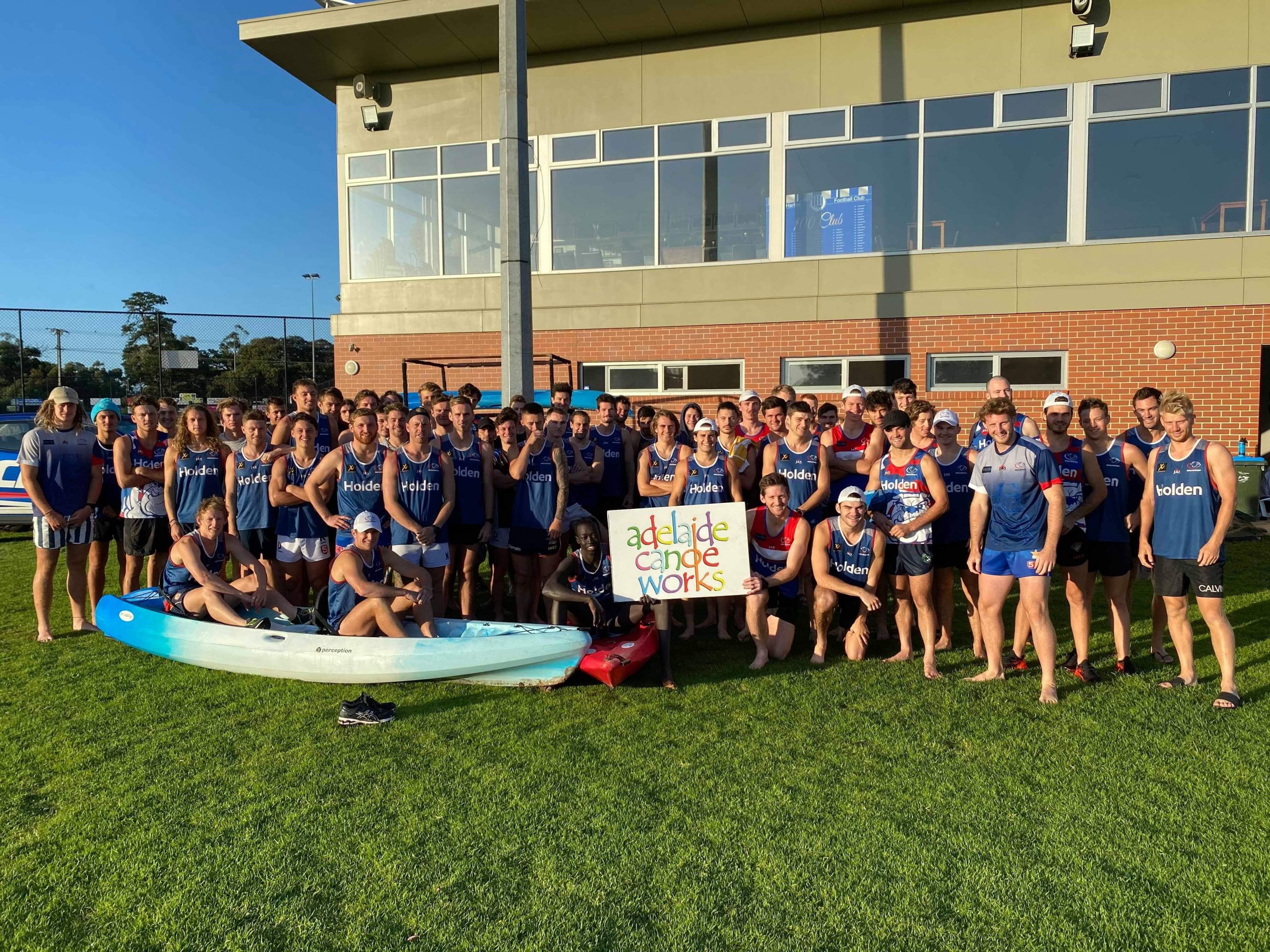 Last weekend saw the Central District Pre Season campaign head back to Victor Harbor for the first time in 7 years.
Players were divided into teams of 6 or 7 for a weekend full of physical & mental challenges.
All activities were designed to take the players out of their comfort zones and fully test their resilience along with build upon the bonds that have been built in the first phase of pre season.

Friday night served up conditions we hadn’t seen all pre season with hot & humid conditions turning in to a torrential downpour. The players got to practice their wet weather footy and were really tested in the trying conditions. Bodies were colliding everywhere and it was great to see the enthusiasm the boys displayed.
Saturday saw an early start with the players and coaches on the beach just after sunrise for a series of beach challenges in their teams – including; flag sprints, team triathlon & tug of war.
After lunch on Saturday players embarked on an Amazing Race around Victor Harbor in their teams – with the idea to collect as money points as possible before the 4:30 deadline. All teams covered plenty of kilometres on foot, bike and canoe and got to take in all of the Victor Harbor sites.

The final phase of the camp / challenge was the players review on the Saturday night with all teams excelling and displaying some well hidden performing skills. The staff of the Victor Harbor RSL were fantastic in providing a great environment for the players to bond and enjoy each others company.

Sunday morning recovery and breakfast were the final activities before the players headed home for a well earned rest. We would like to thank all our fantastic volunteers, the Victor Harbor football club, the RSL, Adelaide Canoe Works, Munno Para Foodland and J&S Quality Meats for making the weekend such a success.