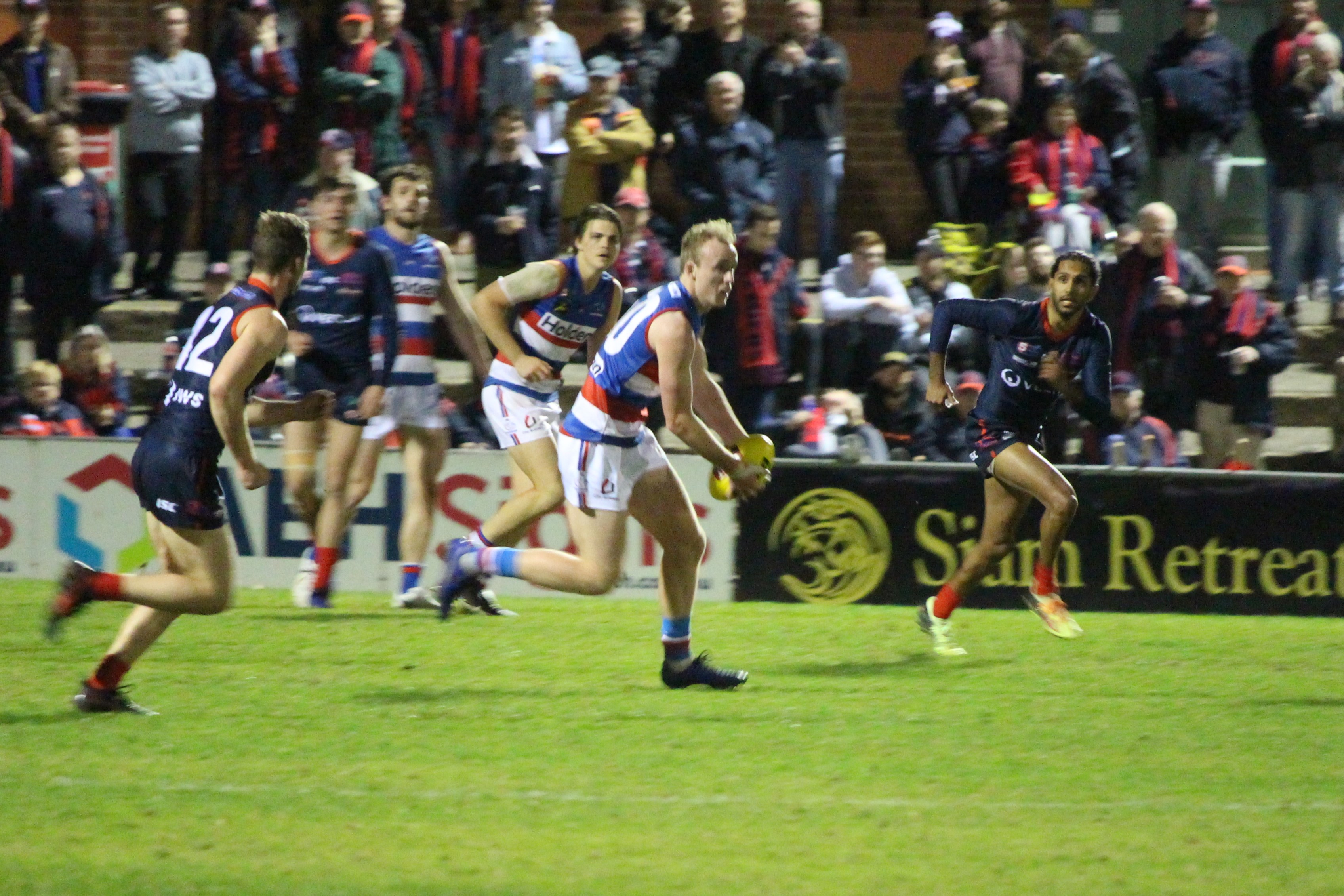 League Round 17 Match Wrap Up

Just like the 1981 film ‘Escape to Victory’ and the miracle Pelé goal, Central District fought against the odds and had a magical ‘soccer’ by Marcus Barreau (to seal the result), as the Bulldogs beat Norwood by 19 points at the Parade in Friday night’s SANFL clash.

The game was the Dogs best four-quarter effort for the season, with the final two goals sensational efforts that proved the major difference in the end.

Leading by just five points two minutes into time on of the final term, promising youngster Corey Durdin gathered a loose ball 30m out from the big sticks and checksided the ball back for what was the goal of the game to that stage, giving Central some breathing space.

Then a touch of absolutely sensational masterly of his soccer skills saw a miraculous over the head goal by Barreau to not only steal the game honour from Durdin but boot the goal of the year two minutes later, and seal the result.

After a kickout into the centre, Travis Schiller handballed to Trent Goodrem, who handballed to Nick Gillard, with his long kick landing in front of the Bulldogs’ goal, with the quick thinking Barreau somehow getting his boot to the ball and swinging the momentum of its travel over his head for THAT goal.

Anyone who saw Barreau’s pièce de résistance would still be scratching their head in wonderment, even now!

The Bulldogs were always in the game from the start, in spite of trailing 4.0 to 1.2 entering time on of the first quarter, with Ethan East’s late mark and goal – and a further two Central behinds – leaving just nine points separating the sides at the first break.

Then in a dominant display, where the Dogs failed to fully capitalise on opportunities, Central booted 3.5 to just two behinds in the second term to lead by 13 points at half time.

A true test was passed by the young Central squad in the third quarter, as it seemed to have all the answers to Norwood’s relentless attack, matching the first four goals the Redlegs scored before running out of time when they kicked a fifth just before lemons, but still led by three points.

When Gillard goaled five minutes into the final stanza, the Bulldogs had some breathing space, but Norwood got one back six minutes later.

Then Troy Menzel, who was having a huge impact in Central’s forward zone, booted his fourth major of the game two minutes later, and the momentum seemed to be with the Doggies, until the Redlegs closed the gap to five points at the 21-minute mark, before the Durdin and Barreau act completed the memorable victory.

When the final siren sounded, proud retiring Central coach Roy Laird made his way to the players’ race, where both sides were lined up to applaud his longevity and success in the game.

Menzel was the major contributor of the game, as his forward presence worried Norwood all night, and allowed East and Durdin to play supporting roles with their goalkicking skills.

Travis Schiller was in top form, again, while first gamer Oliver Shaw and Wyatt Patterson were the glue that held the defense together.