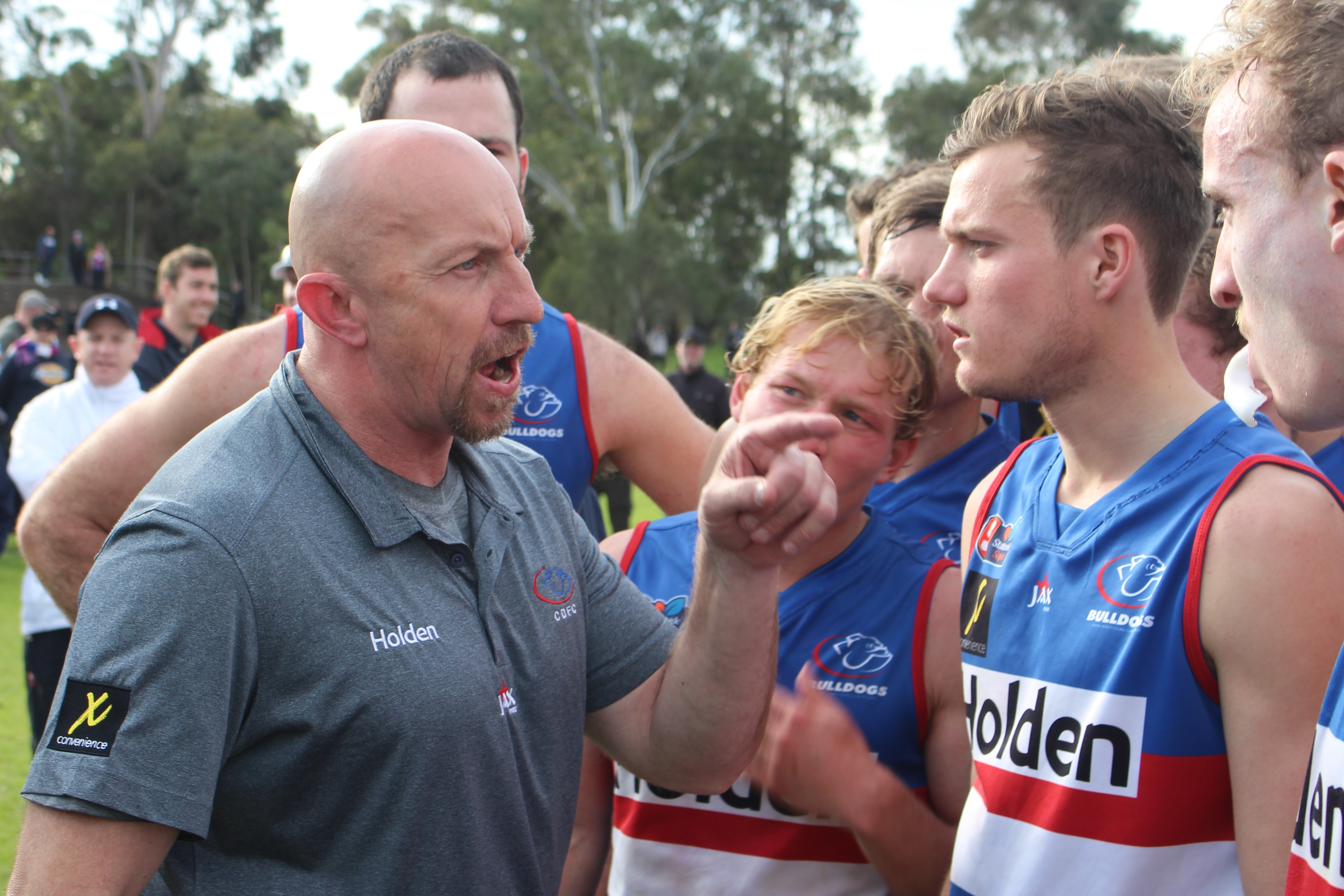 League Round 18 Match Wrap Up

12 months ago
League Round 18 Match Gallery

Central District lost its final game of the 2019 SANFL campaign, and coach Roy Laird’s final match after an illustrious 17-season career, to Port Adelaide at Elizabeth by 90 points.

The game never reached any real high point, as the Bulldogs were completely outplayed by a well-oiled finals-bound Port, with the visitors long list of AFL experienced players too good for Central.

Kicking with the wind in the first quarter the Dogs were wayward, with a return of 2.7 to Port’s 5.1.

Then it got worse in the second term, although a clever ‘soccer’ shot by Jarrod Schiller was the goal of the game, with the Magpies in complete control with a 10.8 to 3.8 lead at the long break.

Central played its best football in the third term, but blotted its copybook when it allowed two late Port goals, to trail by 43-points at lemons.

A nine-goal-to-two final stanza saw Port go from strength to strength, while the Bulldogs looked like they were hanging out for the final siren to put them out of their misery – it was the worst possible way to finish Roy’s magnificent coaching career.

The Schiller brothers, Travis and Jarrod were again Central’s best, while Habel finished his consistent season on a high. Unheralded Jydon Neagle played a good role when forward, finishing with four goals.

Disappointingly the Dogs finished with their worst home record since a win-less inaugural season in 1964, with just one victory.

On the other side of the ledger, Central was 4-4 in the win-loss record in away clashes in 2019, including beating the top three teams from last season on their home soil.

He has coached 184 players at Central, including 51 to premiership honours, while coming up against 49 opposition coaches in his 17 seasons. Roy also led the Dogs reserves to the 2002 flag.