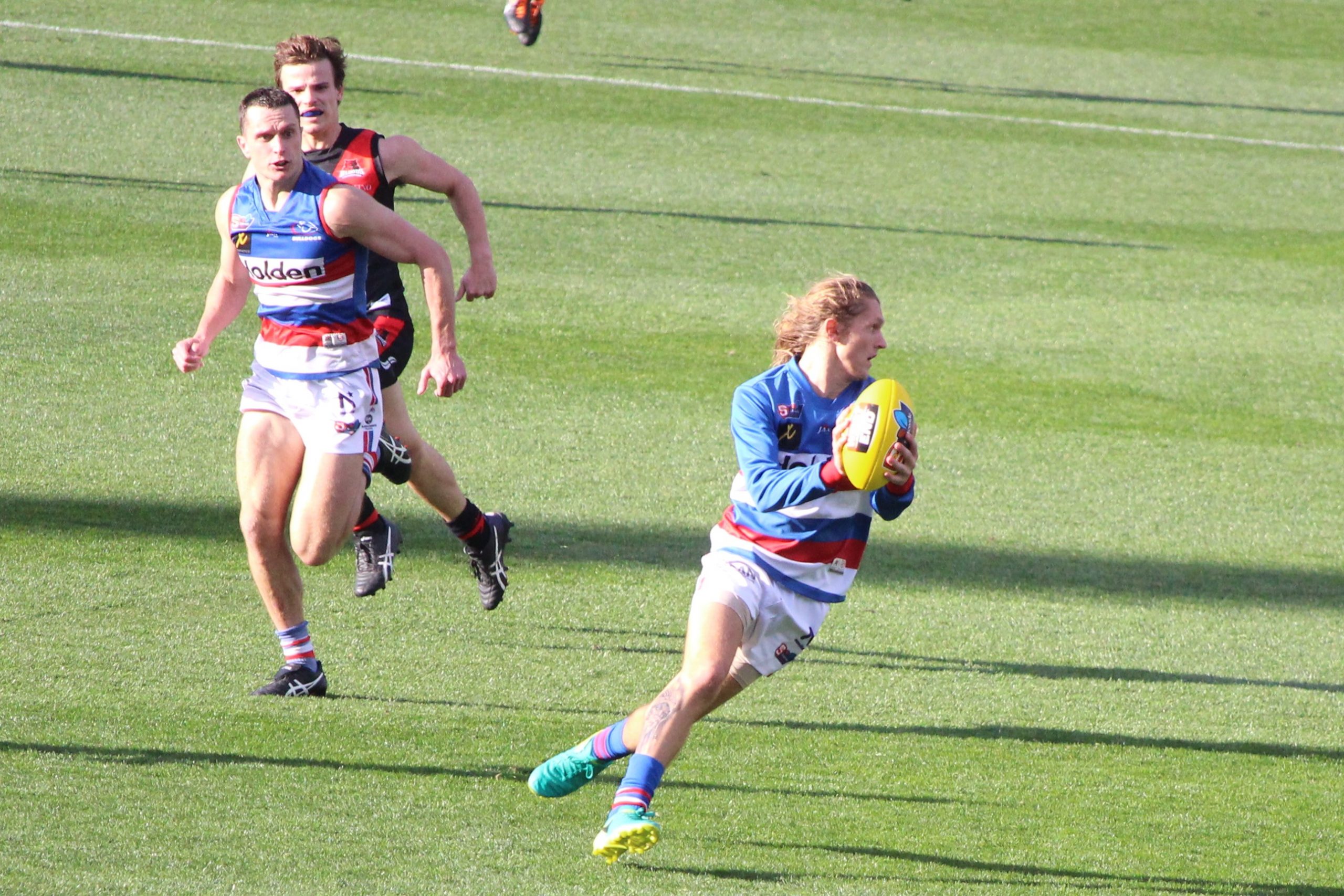 Down by five goals, 23 minutes into the third quarter, Central District needed a miracle to beat West Adelaide in Sunday’s SANFL clash at Adelaide Oval, and almost received one.

In an amazing turnaround, led by Nick Lange, the Bulldogs actually grabbed an eight-point lead 16-minutes into the final stanza but could not hang on, settling for a draw, 13.8 to 12.14.

Coming off a sensational round one debut, Lange was quiet up to late in the third term, before unleashing a sparkling four-goal haul.

He kicked two long goals late in the third, including on the three-quarter time siren, then another two in the final term, including a beautiful goal of the game from the boundary to put Central eight points up at the 16-minute mark.

West managed two behinds then a goal from a free kick to level the scores 23 minutes into that last stanza, while the Dogs, although having several chances, was unable to score in an exciting final four minutes to snatch their first win of the season.

As it did against Sturt in round one, Central started slow, conceding six goals before kicking its first major just before quarter time, to trail 1.2 to 6.5 at the first break.

When Chris Olsson snapped a goal in the first minute of the second term, it looked like the Bulldogs would fight back. But West continued to control the play and led by 35-points into the time on period of the first half.

Late goals to Troy Menzel and John Butcher – making his return to league football – saw Central cut the lead to 24-points at the long break, 4.4 to 7.10.

It was goal for goal early in the third term, with West stretching out to a 30-point lead at the 23-minute mark, before James Boyd booted a six-pointer for the Dogs, followed by Lange’s pair, to see Central trail 9.6 to 10.11 at lemons.

With an early major in the final stanza West looked home. But Butcher had an answer, then Lange closed the gap with his third goal at the 12-minute mark, and two minutes later Menzel snapped a goal to put Central in front for the first time in the game.

When Lange booted his fourth major at the 16-minuite mark, the Bulldogs looked likely winners with an eight-point lead and all the momentum. But it wasn’t to be.

Boyd was busy all day around the ball and supplied plenty of drive to be Central’s best, while Troy Menzel seemed to be involved in many of the Dogs forward manoeuvres.

Lange moved up the list to third best with his almost match-winning late heroics, while Luke Habel played a solid captain’s game.

Ethan East had plenty of the ball, while Joseph Brown looked good in his debut with the Bulldogs – he had made his league debut last season with Adelaide.