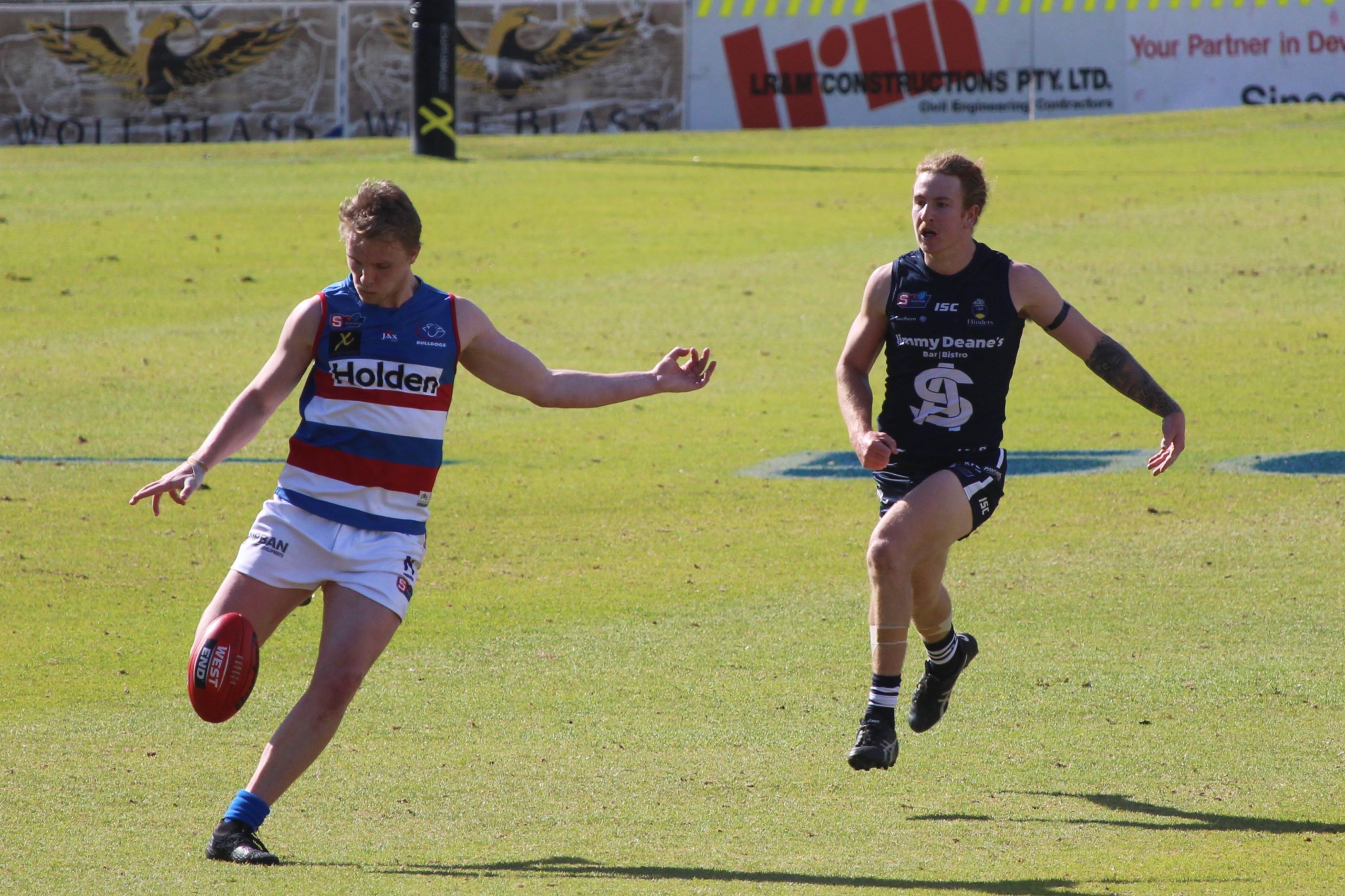 Playing at home for the first time this season, Central District looked out-of-sorts in a below-par second half against South Adelaide, going down by 44-points in a SANFL round three match-up at Elizabeth.

It seemed the first two rounds’ problem of slow starts had been solved but another major headache was created with what was a disappointing second half, where the Bulldogs sole goal after the long break came just two minutes before the end of the game.

On a positive note the reserves won for the third straight contest, with numerous players performing well enough to be considered for round four.

What may have masked some of Central’s problems earlier in the league clash was South’s ordinary shooting for goal.

After kicking the first two goals of the game, South looked headed for a good day – of its next eight scoring shots between the 10-minute mark of the first term and early in the third quarter only one split the big uprights for a goal!

Nick Lange booted the Bulldogs first major 11 minutes into the first term, as the Bulldogs trailed 1.1 to 2.4 at quarter time.

With the first goal of the second term South looked comfortable, but Brendan Dew responded quickly for Central after a clever tap over from Trent Goodrem, for the goal of the game.

The contest became a tight goal-less struggle up until time on of the first half, with late majors to John Butcher and Ethan East seeing the scores locked together at the long break, Central 4.1 to South’s 3.7.

Disappointingly Central only managed a single behind in the third quarter and was only still in the game because of the Panthers 2.4, which saw the Dogs in touch, just 15 points down at lemons.

Early in the final stanza South finished the game off as a contest with three goals in six minutes, then scored three late majors, including one to answer Troy Menzel’s goal in the dying moments of the match.

Menzel was a rock all game, taking 11 marks – including a ripper in the third term on the outer wing – and continually willed the Bulldogs on, while James Boyd was sensational, with 39 possessions, as he gave everything to try and help his side win for the first time this season.

David Haydon, Wyatt Patterson, Luke Habel and Ryan Llewellyn – until injured in the final stanza – were industrious in defence, while Darcy Pisani and Nick Gillard had good moments.

Some of the aspects that need addressing is body strength in marking contests and stoppages, as some of the Bulldogs youngsters seemed easily brushed aside, while the skill errors need to be cleaned up quickly, if the season is to be salvaged.

Several league experienced players were conspicuous in the reserves, including Travis Schiller, Fraser Fort and Cooper Dahms, who all should be knocking on the door for selection next week, while Justin Hoskin and Jarrod Schiller are others who hopefully may return.

Next Saturday Central travel to the Parade to meet Norwood.