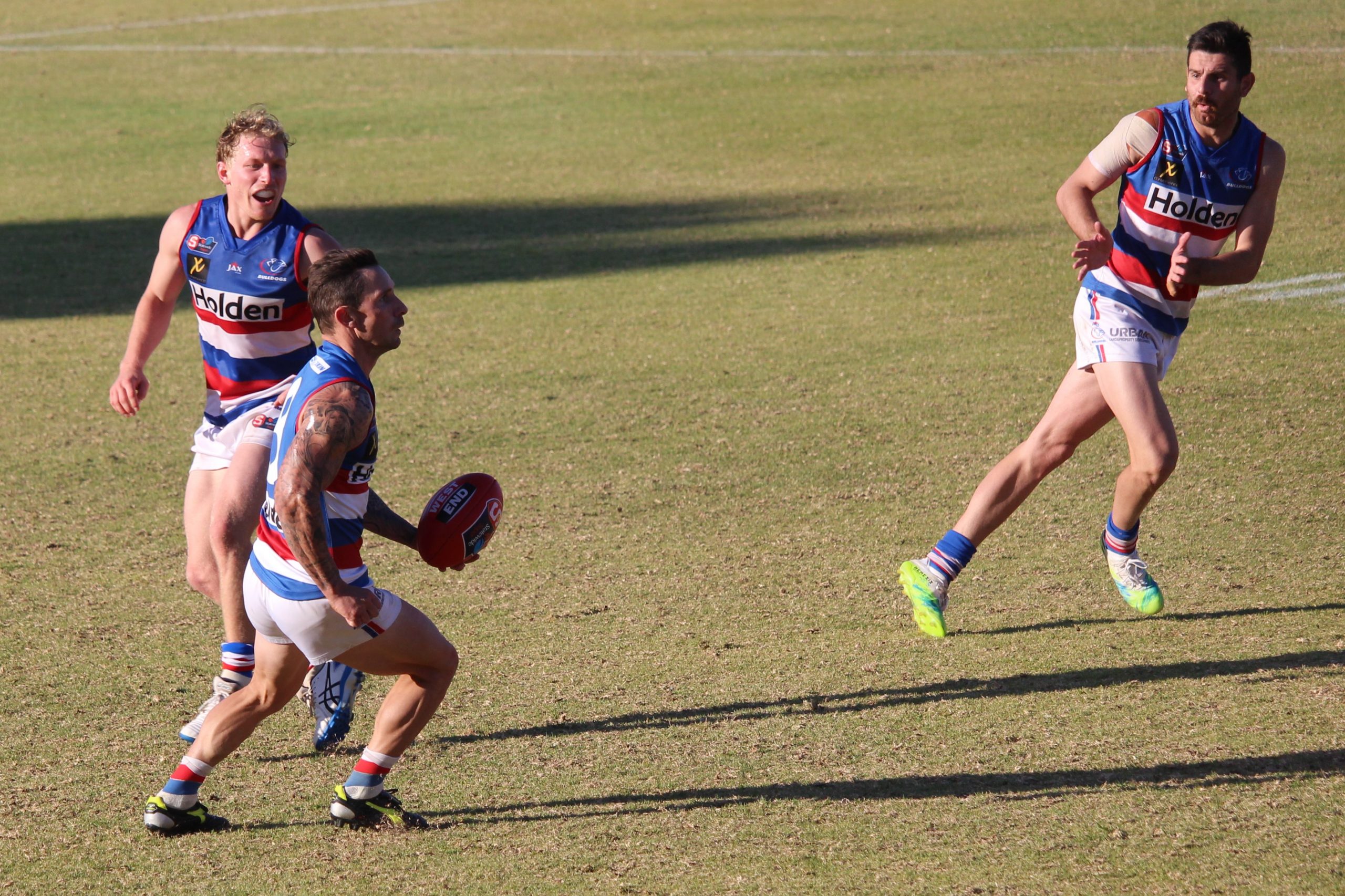 BULLDOGS NEED TO TOUGH IT OUT

Another ‘quiet’ period has cost Central District dearly, in a 30-point loss to North Adelaide at Elizabeth in the SANFL.

After a productive first half, where they led by 10-points at the long break, the Bulldogs only kicked a single goal from the resumption of play in the second half until the 22-minute mark of the final term, while North booted nine majors.

To hide some of the deficiencies, Central managed the game’s final two goals, but this season has revealed the Bulldogs just can’t seem to be competitive for a full game – which is why they have yet to taste victory after five rounds.

In contrast, the reserves are five-and-oh, and undefeated. Why can’t some of that success be translated into wins for the league team?

The major problems persist, with a below-par skill set overall, a forward set-up that cannot take control at crucial times, and a lack of body strength, with too many players being brushed aside when the heat is in the kitchen around the stoppages and in some one-on-one battles.

Each week a myriad of changes perhaps is unsettling, but there have been injury woes, which has contributed to Central’s losing experienced players, in goal-kicking ability and bigger bodies, with the loss of key personal such as Daniel Menzel and John Butcher.

There are some good signs, with players such as Corey Durdin, Jordan O’Brien, Jack Toner and Rhett Montgomerie finding their feet at league level, and the return of veteran James Boyd to the Club, but the sooner the Dogs start winning games, the faster the development will progress, as confidence rises.

It looked like Central was a good chance of tasting its first win of the season early in the game against the Roosters, as the Bulldogs were playing with plenty of endeavour and entering the forward 50 on numerous occasions in the first term, but were a little wasteful, booting just 3.4 from multiple entries, while North kicked 1.1.

A dominate first eight minutes of the second quarter again proved costly for Central with just two behinds, while in the next six minutes, North went forward three times for three majors to wrest the lead, by a point.

But the Bulldogs responded, first through a Travis Schiller major, then a great goal of the game by Chris Olsson, whose soccer shot after a scramble went through the big uprights.

North managed a goal into time on but Nick Gillard snapped a beauty late to see Central lead 6.6 to 5.2 at half time, for a 10-point lead, which should have been five goals based on the opportunities available.

It was a different Rooster outfit after the long break, as North shifted up a gear and the Bulldogs looked like they had spent their energy, and struggled to find enough answers, trailing 7.7 to 10.5 at lemons before falling 42-points down into time on of the final term.

Goals from youngsters O’Brien and Durdin late in the game at least saw a strong finish.

Boyd again was a ball-magnet, while Wyatt Patterson marshalled the defensive end well. Marcus Barreau made a solid return to the league team, while Murray Stephenson worked hard in a forward role.

Next Saturday Central travel to play the Eagles at Woodville.