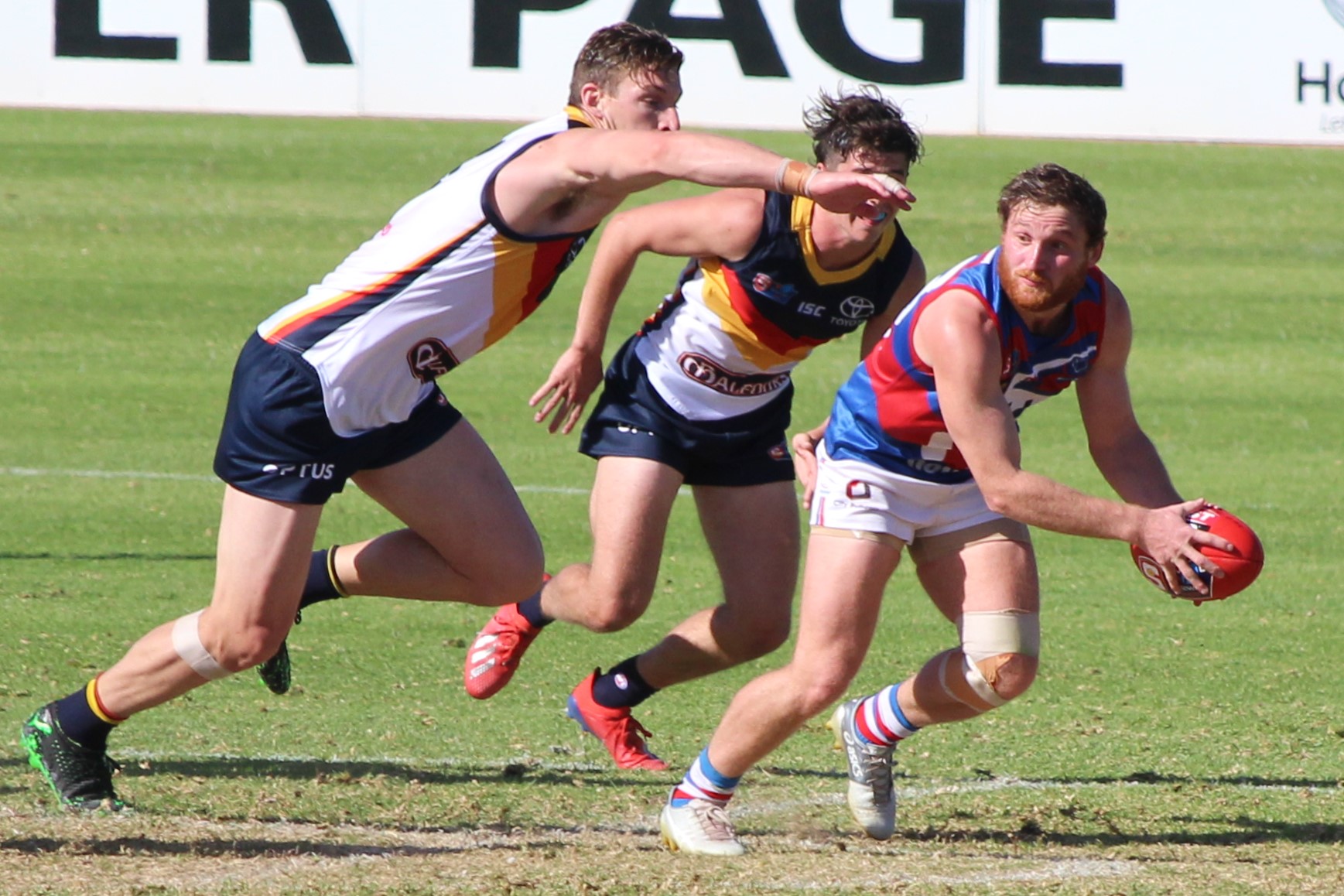 League Round 5 Match Wrap Up

BELOW EXPECTATIONS EARLY
By Robert Laidlaw

Central District played well below expectations in the first half of its SANFL clash with Adelaide at Elizabeth in round five, before improving to win the second half in a 35-point loss.

With arguably the Bulldogs best player over the past few years in Travis Schiller suiting up for his 100th league game, expectations of a four-quarter committed effort by team-mates was on the agenda, but not reached when it counted.

While Adelaide had many class players on the paddock with AFL experience, Central continually broke down in transitioning the ball out of defence in the first half, while also making too many fundamental errors, which resulted in easy turnovers.

The Dogs had the first scoring opportunity of the game, but a point resulted from a relatively easy shot on goals, which set the tone, with Central trailing 3.2 to 0.1 at the first break.

And it got worse, as Adelaide mounted a huge charge to boot four consecutive goals to open the second quarter, with Jarrod Schiller finally converting the Bulldogs first major of the game at the 12-minute mark.

Another pair of Adelaide six-pointers were broken up when Trent Goodrem converted the goal of the game from a tight angle early into time on.

Two goals to one to finish the term saw Adelaide go into half time with a comprehensive 11.3 to 3.3 lead, with many supporters contemplating going home, as it wasn’t an enjoyable experience watching the home side getting thrashed.

But there was a buzz around the ground that South had trailed Adelaide by a similar margin at half time the previous week and finished with a draw, so there still was some hope.

The good news of the game was that Central came out a more committed unit after the long break, kicking the only two goals of the third term, to trail by 36-points at lemons.

With Adelaide converting three of the first four goals of the final quarter, it looked like a dark day overall, but some sparkling late work into time on by the Dogs resulted in majors to Luke Habel and Michael Ortiz, for Central to win the quarter and second half.

Jarrod Schiller excelled in an attempt to honour his brother’s milestone match, to be the Dogs best, with Jydon Neagle close behind.

For the Dogs to turn their season around and become a finals contender, they need more players putting in a more consistent effort, by playing their best football for longer periods.

This Saturday the Bulldogs are up against the second AFL reserves team, when they travel to Alberton to play Port Adelaide.