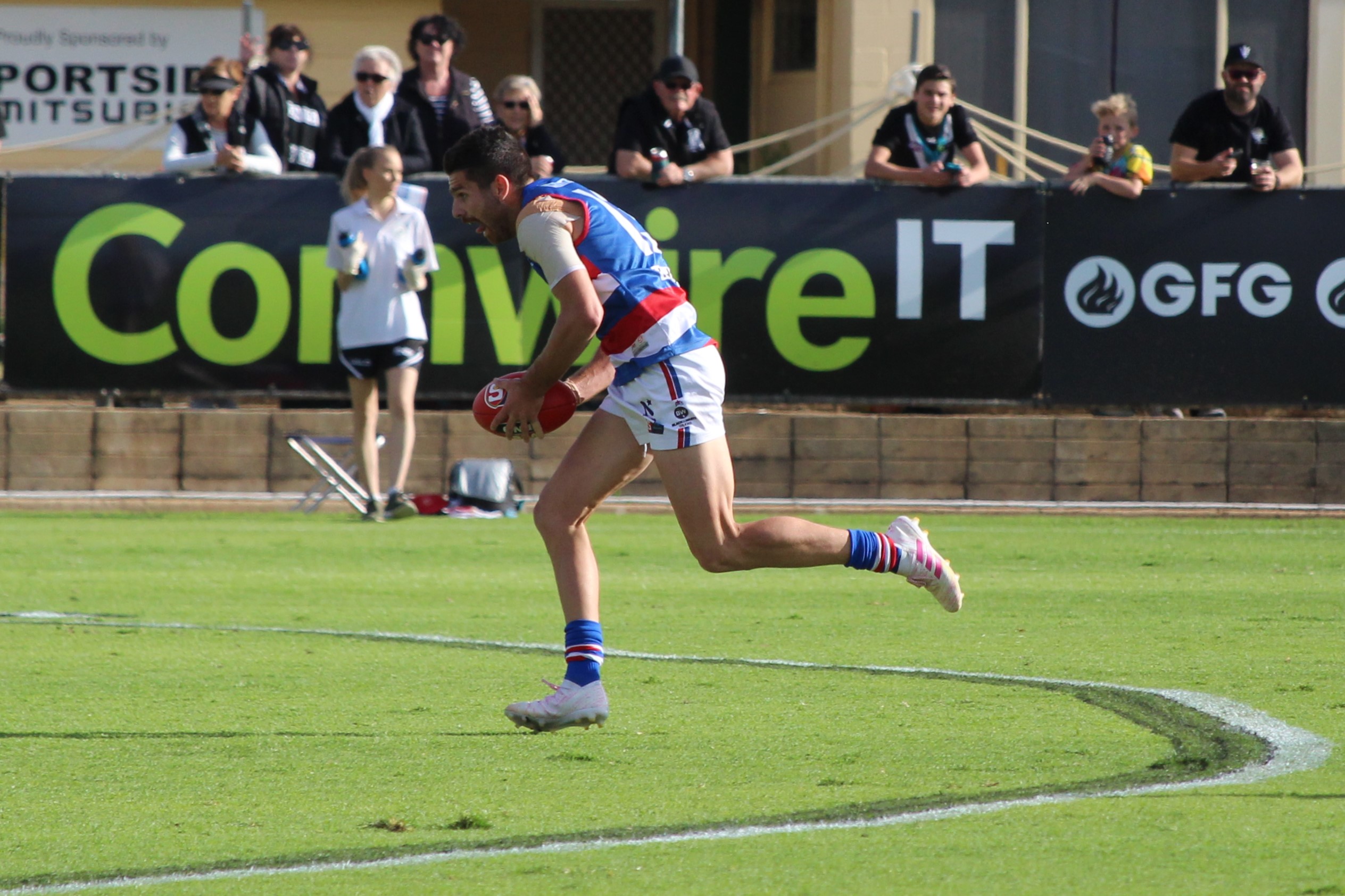 League Round 6 Match Wrap Up

1 year ago
League Round 6 Match Gallery

DOGS STILL HAVE WORK TO DO
By Robert Laidlaw

Although competitive with Port Adelaide for most of Saturday’s SANFL clash at Alberton, Central District still has some work to do to become a finals contender, after a last quarter fade out in a 34-point loss.

But there were plenty of promising signs, including the Bulldogs booting 13 goals – the most in any match so far this season.

Central looked solid in the first three quarters, matching Port in many areas across the field, although the Magpies had a few standout AFL players, who in the end proved the difference.

With Nick Gillard kicking two majors and Justin Hoskin one, the Dogs trailed Port by two points at quarter time, 3.4 to 3.2.

In the first five minutes of the second term Port got on a roll and peppered the goals, booting 2.2, as it started to look like the dominant side on the park.

A clever pass by Hosking to Troy Menzel a few minutes later for a major, followed by Brendan Dew’s brilliant ‘soccer’ special on the line, for the goal of the game 13 minutes in, and Central was within a kick again.

When Isaya McKenzie kicked truly five minutes later, the Dogs had the lead.

Two goals in reply balanced the ship for Port, and after Menzel managed a six-pointer against the flow of play, the Maggies answered with the final major of the half to lead 8.7 to 7.3 at the long break.

The third quarter was an arm-wrestle, with Port kicking four goals to two leading into time on to go 21-points up, before two ‘gems’ by the Dogs, with Menzel taking a mark near the boundary and converting, and Jarrod Schiller snapping a wonderful goal under pressure.

But Port still managed the final major of the period to lead 13.8 to 11.5 at lemons.

An early goal in the final stanza was imperative if Central wanted to remain a chance to snatch victory, but it was all the Maggies through the first 16 minutes, putting the game out of reach with four further goals.

Although livewire onballer Travis Schiller was missing, Kyle Presbury relished his opportunity to go into the middle and did not miss a beat in making up for the injured star.

Menzel has been a key recruit this season, with his ability to kick goals and work through the middle has made him a valuable asset, which was on display again.

Playing his first league game this season, Marcus Barreau showed he belonged with a solid game – some of his pressure marks a highlight.

After a week off for the State game, Central District’s next appointment is with Glenelg at home on Saturday, May 18.