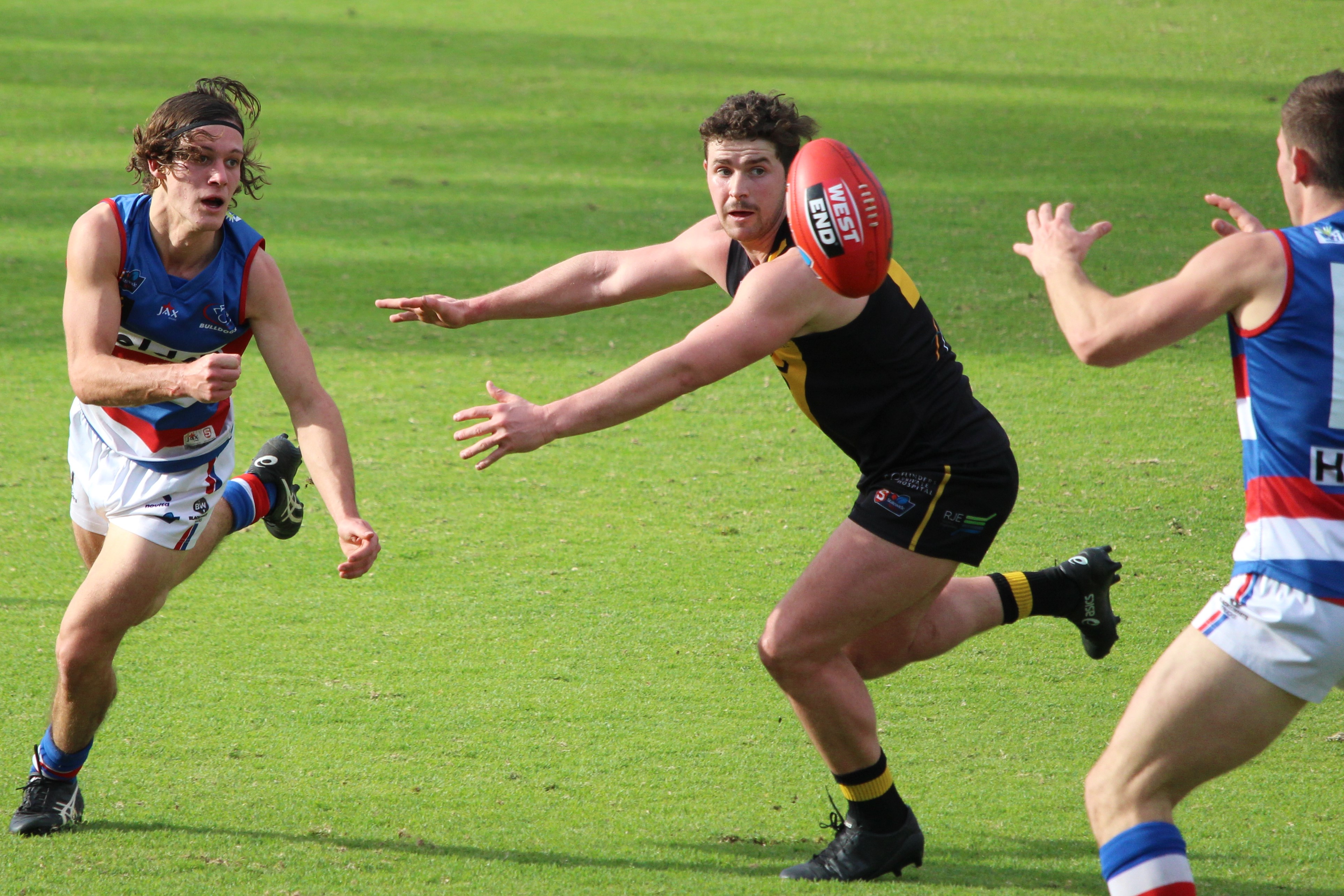 League Round 7 Match Wrap Up

1 year ago
League Round 7 Match Gallery

Central District’s Achilles heel came back to haunt it again in a SANFL home clash with Glenelg last Saturday – an atrocious turnover rate in a 49-point loss.

The game was virtually a season-on-the-line clash, as the Bulldogs needed a win badly to stay in touch with the top five, with the loss opening a huge crevasse, which will be tough to close, signalling that September action may be off the agenda for the second consecutive season!

Kicking against the wind in the first quarter Central actually was looking good, as it held the Bays goal-less until the 13-minute mark, followed by a flurry of three Tiger goals in six minutes, to open up a 24-point deficit at the first break.

Glenelg poured on the pressure in two significant three-goal bursts in the second term to take control of the game by half time, with an 11.4 to 3.8 lead, as it booted seven goals without a miss, to the Doggies 3.4.

For Central supporters it was a frustrating period, as mistakes proved costly and opportunities were wasted, with Justin Hoskin playing almost a lone hand in trying to keep the Bulldogs in the fight, with two magnificent snaps for majors.

While the Dogs ‘won’ the third quarter, 2.2 to 2.1 – with Hosking adding another two goals – the writing was on the wall.

It appeared Central had fired up in the final term after kicking three of that period’s first four six-pointers – including a magnificent snap over the shoulder goal of the game from Nick Gillard – but the effort was ‘blackened’ when Glenelg booted the final three majors of the game.

Hoskin was the obvious standout for the Bulldogs, as the only player to impact the scoreboard significantly, while Travis Schiller again got plenty of possessions.

Troy Menzel was good around the ground, with the ‘smaller’ average size of the selected team preventing his influence forward – where needed most, as he had to do most of his work at the stoppages.

Fraser Fort was a solid contributor, including his work in ruck, while Kyle Presbury and Luke Habel were influential at times.

In spite of the SANFL competition comprising 10 teams, which should have reduced the number of byes, the Bulldogs are not playing again this weekend, because of a ‘split round’, with Sturt at Unley on Sunday, June 2, Central’s next appointment.