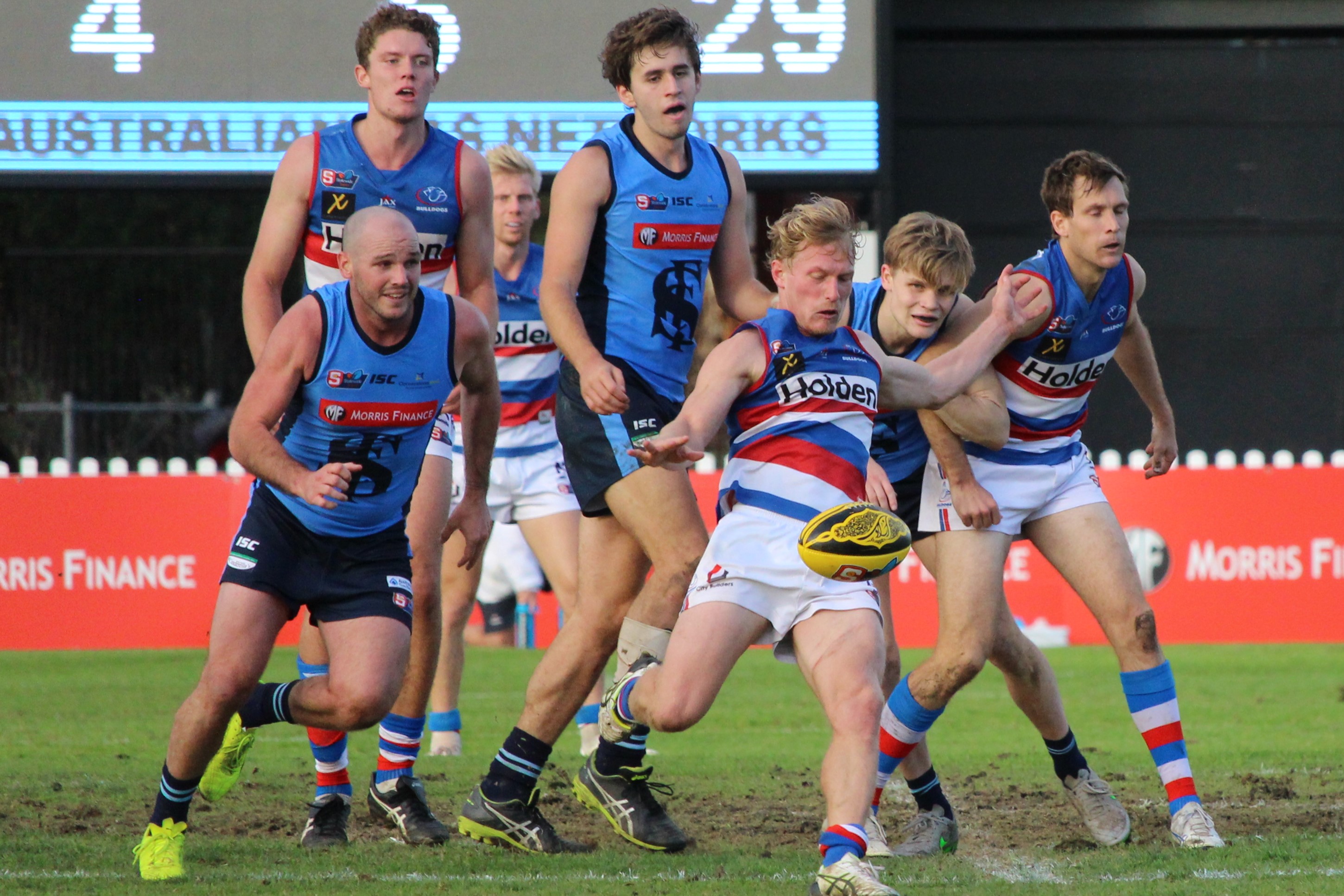 League Round 8 Match Wrap Up

1 year ago
League Round 8 Match Gallery

Central District did not kick its first goal until the five-minute mark of the third quarter against Sturt at Unley in Sunday’s SANFL clash, after the Double Blues had already booted 10 majors, in an eventual 39-point loss.

In contrast Central has kicked a total of 26 first half goals to 61 by the opposition in eight games, while in the second halves of those contests, the Bulldogs have managed 46 goals against 46, to be competitive.

Sturt came out of the blocks with a seven-goal to none first quarter, with the aid of a stiff breeze.

And while Central had its chances in the second term, it squandered them to be 9.4 to 0.3 down at the long break, leaving question marks over whether the Doggies would show a bit more fight.

After Sturt kicked an early goal in the third quarter, to go 63-points up, Central got on a bit of a roll.

Troy Menzel converted from the goalsquare to finally give the Dogs a major. Then six-pointers to Marcus Barreau and Kyle Presbury breathed some life into the contest.

Presbury’s snap for goal of the game early in time on had supporters feeling better about their team’s performance.

Unfortunately, three late majors from Sturt was deflating, as the home side went into lemons with a solid 57-point lead, and won the quarter by two points.

But Central left its best footy to the final term with 11 scoring shots, for an inaccurate conversion rate of 4.7, while holding Sturt to 2.1, to win the quarter and reduce the margin to 39-points.

Jarrod Schiller’s work rate at the stoppages was exceptional, while Fraser Fort continued his good form. Travis Schiller was again everywhere, while Menzel has been an important cog in the Bulldogs’ machine this season.

This Saturday Central host the Eagles, with a victory important in keeping its 21st century rivals in a tough spot to play finals footy, while also opening the door to a possible miracle run for the Doggies to sneak into a top five spot at the end of the year.