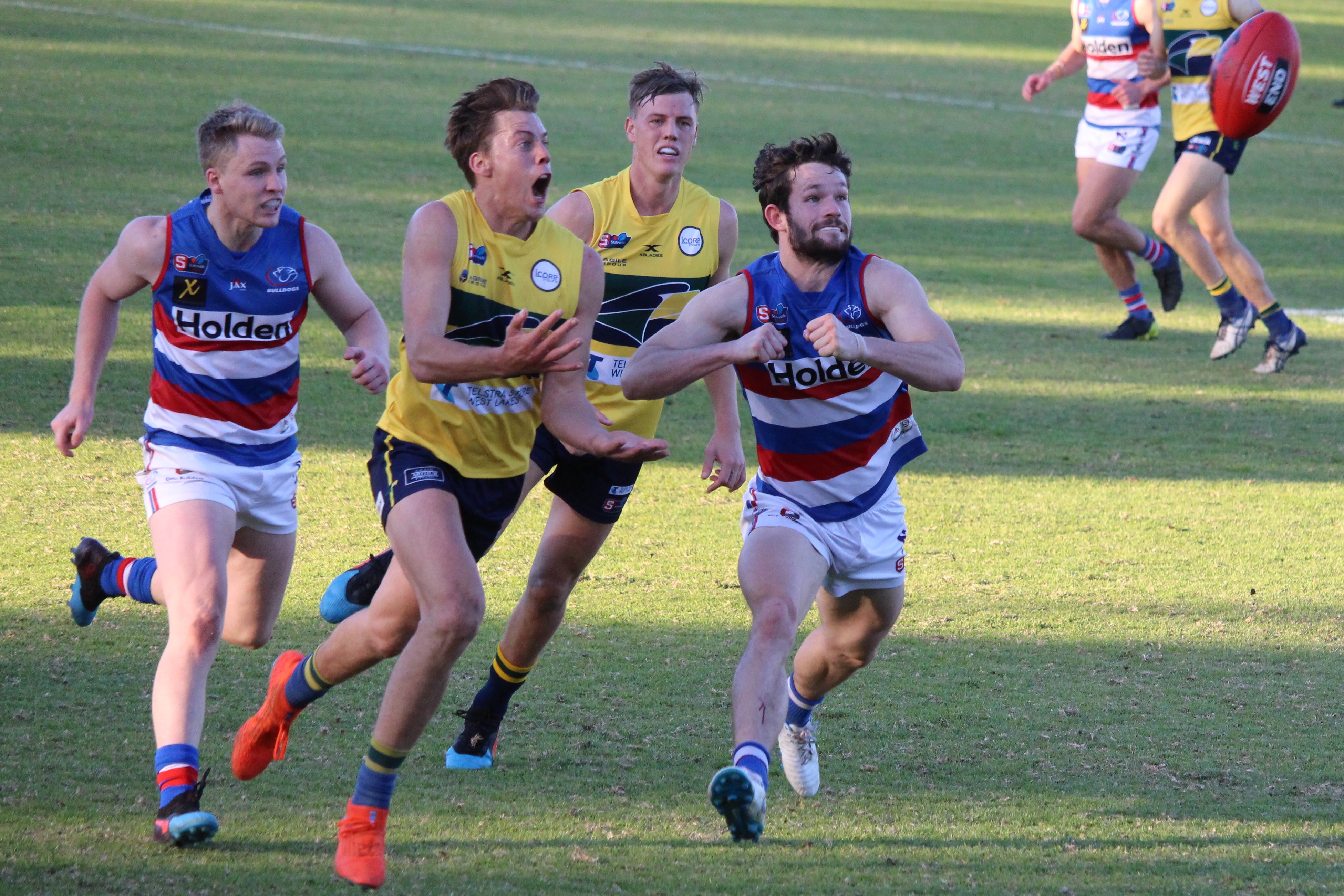 League Round 9 Match Wrap Up

There was a lot to like about how Central District played against Woodville West Torrens at Elizabeth in its SANFL round nine clash, in spite of the 29-point margin.

Three periods where the Eagles scored three consecutive goals proved the major difference in the end, although, of concern, errors and fumbling moments contributed to those momentum shifts, the most crucial, conceding a trifecta of majors in the time on period of the final quarter, which blew the margin out.

It looked like another slow start and another long day at the football for Bulldog supporters when Woodville West Torrens opened the game with three goals to lead 3.2 to no score, 12 minutes into the contest.

But then Central, which, although being outpointed in ruck, played a good brand of footy to get back into the contest, with Fraser Fort nailing the Dogs’ first major, followed by Justin Hoskin’s long bomb, goal of the day, and then Jono Marsh kicked truly.

The Eagles responded with a time on goal, but Kyle Presbury managed another Doggies’ six-pointer before the siren, to see just two points separate the sides at the first break.

In the first 10 minutes of the second term the Eagles again slammed on three goals and it was looking bleak again, but Troy Menzel and Jarrod Schiller kicked majors in quick succession, with one more opposition six-pointer before half time giving them some breathing room, 8.7 to 6.4.

Menzel helped break the trend in the third term when he kicked an early goal to fill Central supporters with hope, although the Eagles soon had the answer.

Then Fort managed his second major at the eight-minute mark, which was followed by a 10 minute drought for both teams.

Unfortunately it was the Eagles that took the ascendancy with two late goals, although Menzel managed to leave the Bulldogs within striking distance with the final six-pointer of the period, leaving Central just 16-points in arrears at lemons.

An early Woodville West Torrens major to open the final stanza could have broken the back of the Bulldogs, but a wonderful snap shortly after by Hoskin was the answer Central needed.

Although the Dogs had a couple of opportunities to bridge the gap over the next 15 minutes, there wasn’t anther goal by either side until the Eagles put the icing on the cake of their victory with three time on goals – with Fort pulling one back on the final siren.

While the Schiller brothers, Jarrod and Travis, with Hoskin and Menzel have been Central’s most consistent players this season, others are starting to play solid good footy each week, with Fort, Jenner and Luke Habel reliable contributors.

Isaya McKenzie, moved to the wing, demonstrated the importance of his speed to the team, while Marcus Barreau’s inspirational courage in defence may be the catalyst for more players to follow suit and step up their games.

When the Dogs avoided fumbles and go forward quickly they look threatening, and it’s a much better game to watch as Central seem more competitive – at least errors further afield are not costing as many easy opposition goals!

This Saturday Central host Adelaide and badly need a win to gain some confidence going into the second half of the season.