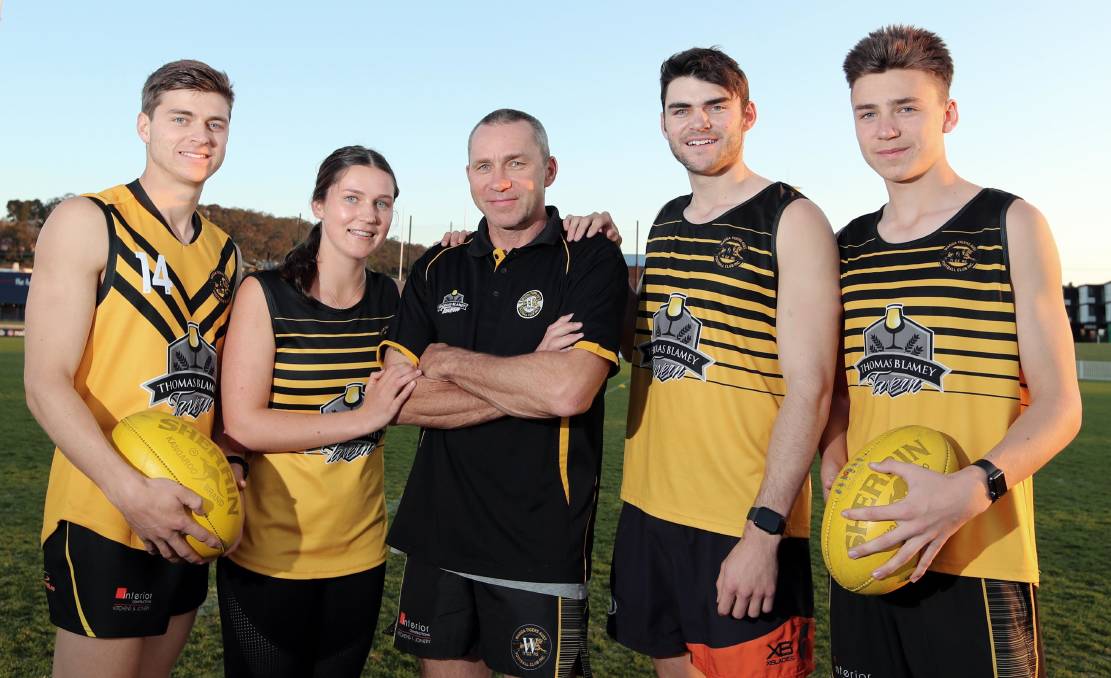 SONS OF A GUN

The Club is pleased to announce the signing of Jackson & Ben Kelly.

Ben and Jack are the sons of Sydney Swans great and 1995 Brownlow Medallist Paul Kelly.

Both lads have been playing for Wagga Tigers in the Riverina Football League.

Jackson at 23 years of age is a wingman, mid-field type who has extreme pace and fitness.

Ben at 21 years of age and 188cm plays as a strong one on one defender with pace.

Chris Olsson has joined the Club from Norwood.

Chris, at 21 years of age has played 18 League games with Norwood and feels his opportunities are greater at the Dogs.

Playing on the wing or in the mid-field, Chris is renowned for his pace and agility.

Only slightly built, Chris enjoys nothing more than to use his pace and carry the ball deep into the forward lines.