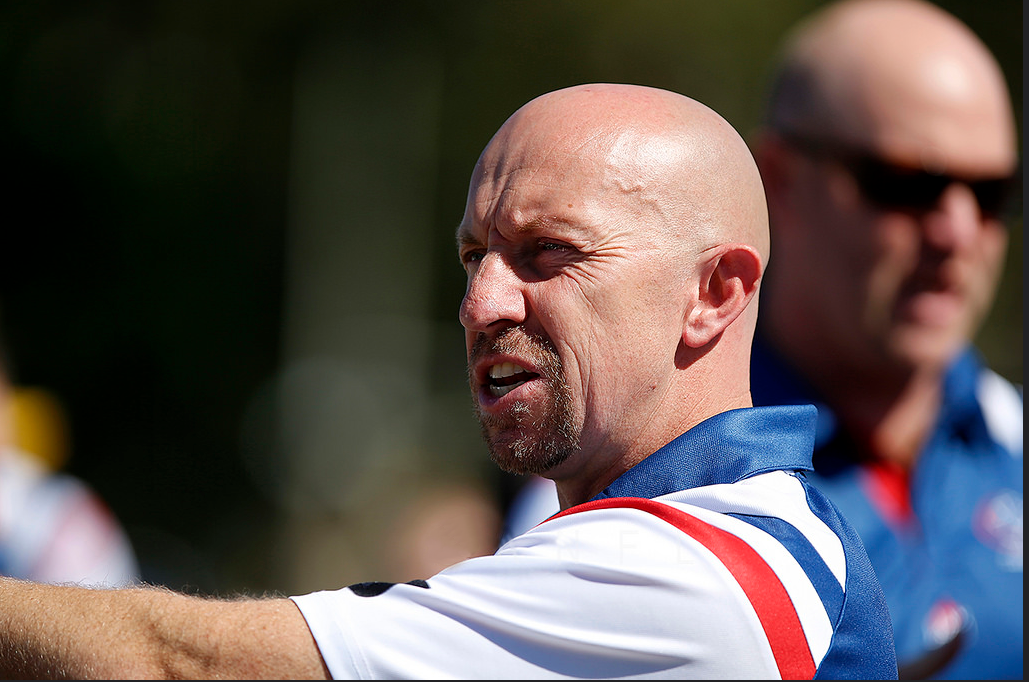 Roy’s reign comes to an end at Elizabeth

Central District premiership coach Roy Laird will go about the business of winning games before drawing the curtain on his outstanding coaching career at season’s end.

The seven-time premiership mentor told his players before training on Monday night that he would continue guiding the Bulldogs for the remaining seven matches, including the Round 12 encounter with North Adelaide this Saturday at X Convenience Oval.

In true Laird style, he is reluctant to step into the spotlight despite his glittering resume recording that he has the fourth greatest record as a SANFL coach behind Jack Oatey and John Cahill (10 premierships) and Fos Williams (nine premierships).

”Results wise it has not been good enough,” Laird said, referring to his team’s 2-9 win-loss record after 11 matches.

”I feel honoured and privileged to be able to play a small part in the very strong and proud football club.

“I feel I was nowhere near ready to take over as coach, but I fell into a great group of players, I got lucky. I was one of the fortunate ones to have had a great start and great experiences from Peter Jonas and Clarko beforehand.”

Laird took charge at the Ponderosa for the 2003 season, leading the Dogs to a premiership in his first year at the helm after assuming the mantle from Alastair Clarkson.

Not only is the second-longest serving SANFL coach since Jack Oatey guided Sturt from 1962 to 1982, he also steered Central into nine Grand Finals while only missing major round qualification on two occasions, including last season.

”This unbelievable record places Roy in the top echelon of coaches in the history of the SANFL,” Central District CEO Kris Grant said.

”Roy’s passion for the Central District Football Club is unquestionable, and the amount of personal effort he has committed has been unbelievable.

”Roy has committed to give his all in the best interests of the Club for the remainder of season 2019.

”The Roy Laird journey has been phenomenal and all members, players and supporters are indebted.”