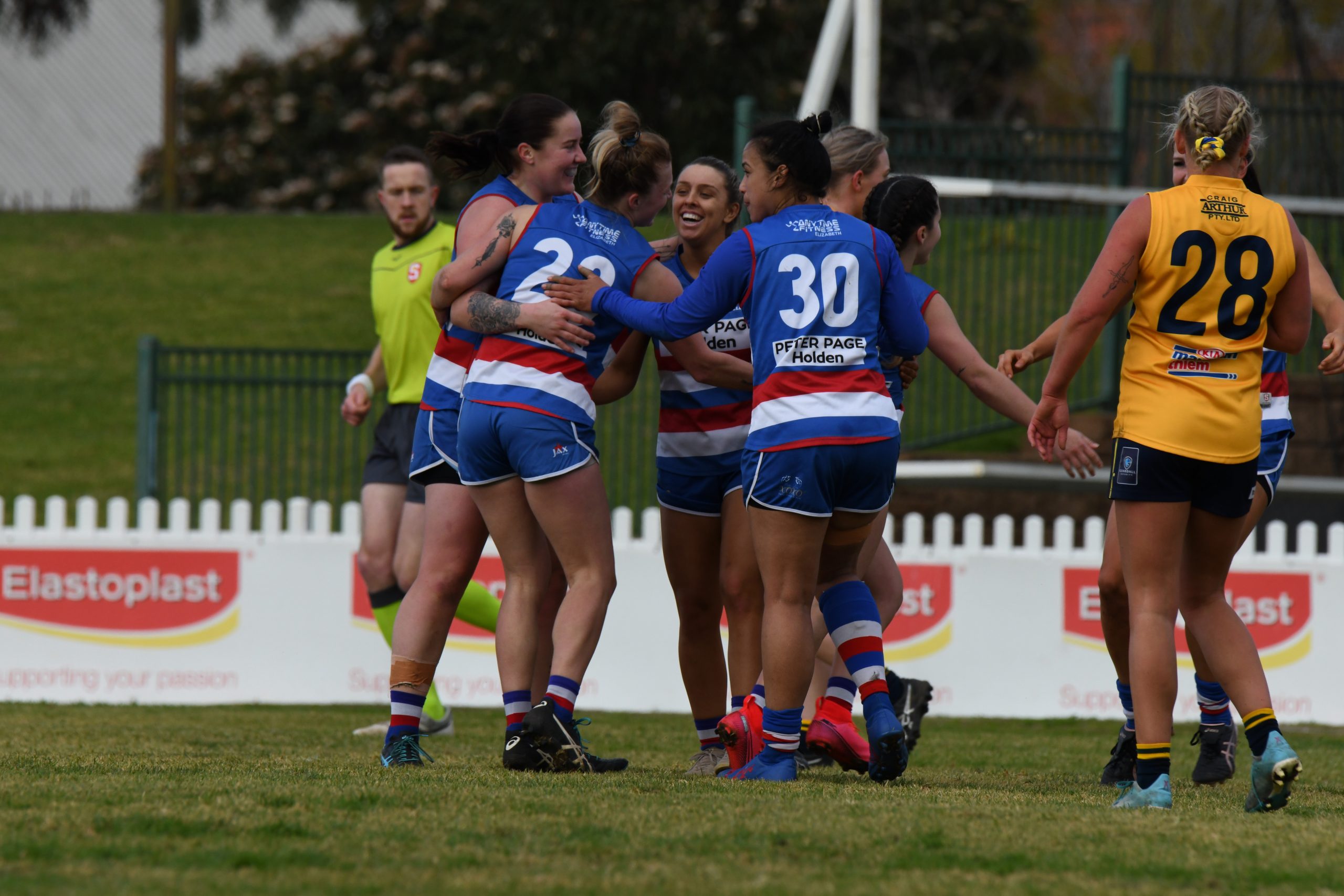 Round 7 against the Eagles offered our girls a huge opportunity to chalk up our second win of the season and claim some much needed reward for effort. To our girls credit they made their intentions clear right from the opening bounce with a fierce attack on the ball and the opposition. We got off to a great start hitting the scoreboard early and maintaining a small lead into the main break. In the third term our persistence finally started to show as we opened up a match winning lead.  Apart from a small patch in the final quarter our girls dominated the Eagles in every phase of the game and our BULLDOG WAY brand of football was exceptional.

The midfield displayed a tough and aggressive style of play lead by Caitlen Teague who played her best game of the year, supported by Lauren and Shelby Smith who continue their brilliant form. Alicia Butler took down anyone who dared to step in her way while winning plenty of the ball early. Sarah Allan dominated the hit outs giving our midfield first use as well as getting plenty of the pill around the ground. Lauren Breguet at just 16 years of age plays well beyond her years and is certainly a star of the future. Ella Mickan was exceptional on the wing clearly playing her best game by finding plenty of space and using the ball with great composure. The defense played with confidence taking front position and giving us plenty of rebound lead by the stalwart Taryn Wills, young gun Maddie Lane took another big step forward in her development, while Nicola Biagi proved again she can take down the oppositions best players. Up forward Chantel Reynolds showed how valuable she is to the team winning plenty of the ball and giving our deeper forwards some great looks at goals. Amber James and Latiah Huynh proved to be a problem for the eagles turning them inside out at hitting the scoreboard. All up the contributions to win the game came from all and we showed plenty of positive signs that we are developing individually and collectively.

Congratulations to Caitlin Stafford also played her role in defense brilliantly in her debut match.