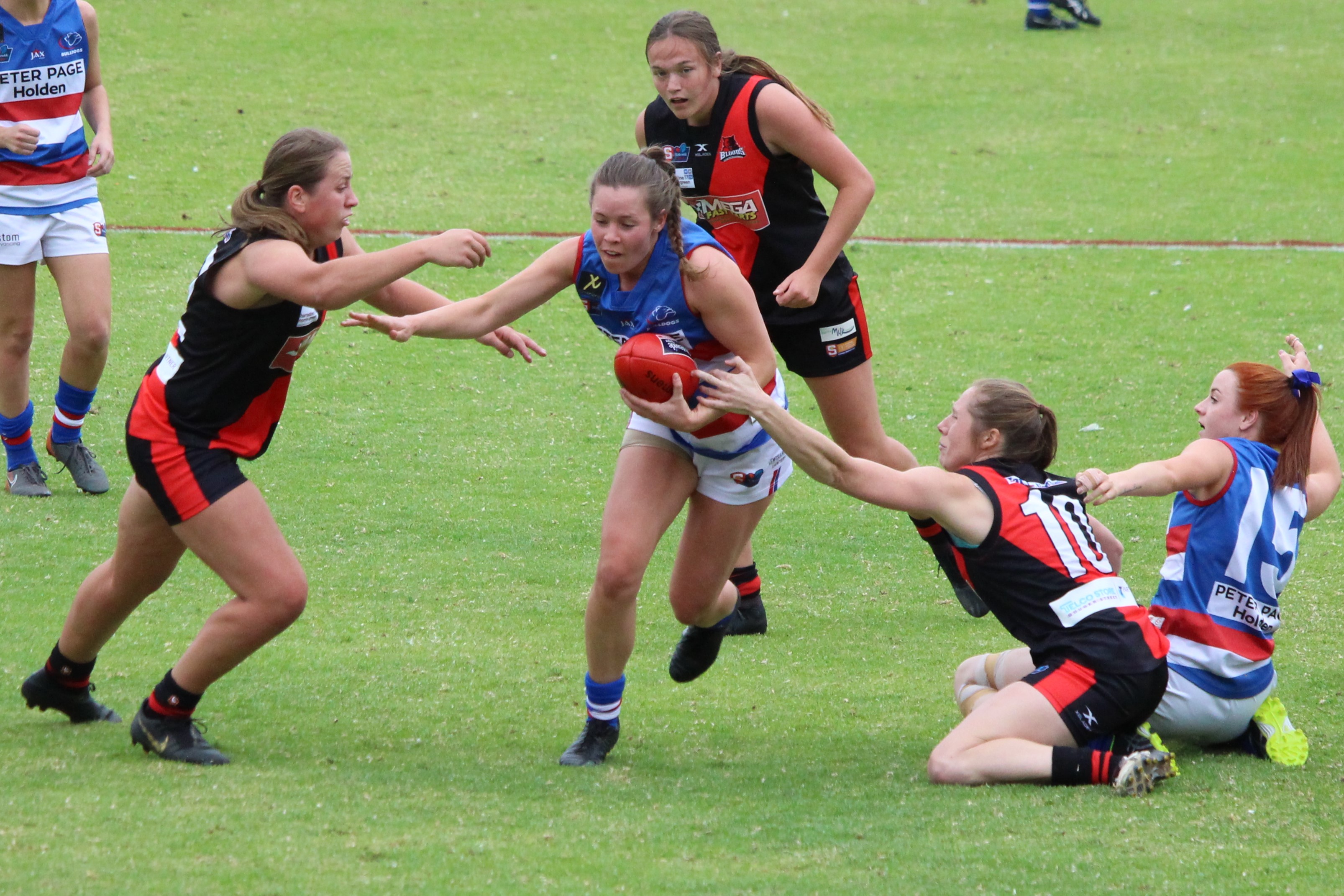 SANFLW Round 8 Wrap Up

Round 8 was the start of the crossover rounds and presented as a fantastic challenge to take on West Adelaide for the second time since our debut game.  The girls where really excited to test themselves again, against a side in the top four, and came prepared to play our hard contested brand of football.

We started the game exceptionally well having some real opportunity to score early but just couldn’t capitalize on our opportunities. West managed to hold the ball in their forward 50 for long periods throughout the first half, but we managed to stay firm on our structures, accountability and fight in the contest, never allowing them to score heavily.

West held a slender 9 point lead throughout the first 3 quarters and managed to extend that to 16 points at the final siren.

Throughout the game, we had some really exciting ball movement forward but just couldn’t manage to hit the scoreboard. The game was one of the most contested and physical games we have encountered and I was exceptionally proud of the fact we never backed away from anything.  Considering we are fielding eight teenagers, games like these are instrumental in our development at as team.

There where some fantastic individual efforts throughout the game. Kimmy Fry was like a rock for us in defence, rebounding everything that come her way.  She was assisted by Demi Sonneman and Shailee O’Brien who defended exceptionally well. Caitlen Teague showed her combination of aggression and skill. Laitiah Huynh again showed her speed and ability to find the ball both up forward and in the midfield.  Aisha Thomas won some really contested moments and showed she will be a player for the future.  Other notable performers included our Vice Captain Danielle Stewart who battled hard all day and our Captain Nicola Biagi who played a negating role on one of West’s talented midfielders.