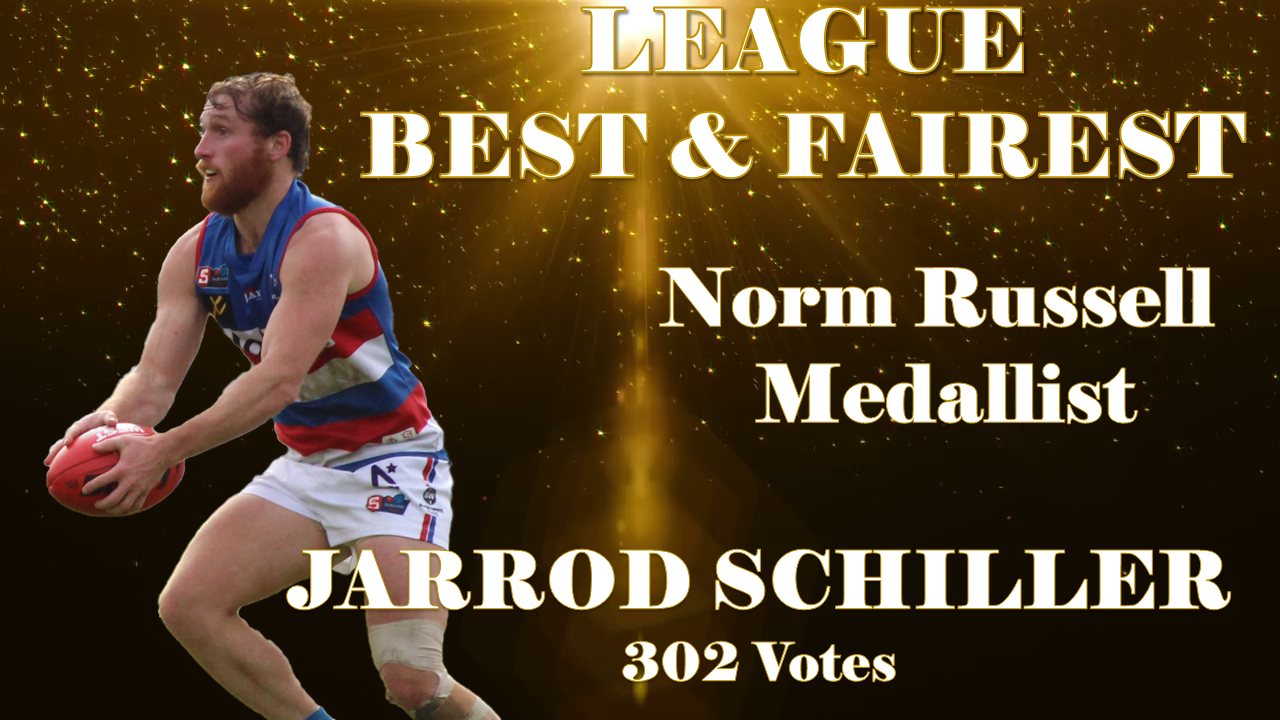 On behalf of the Central District Football Club, we would like to congratulate the following players who were recipients of trophies at the Senior Best & Fairest night.

It was Jarrod Schiller who stole the night winning three awards including the prestigious Norm Russell Medal with a total of 302 votes, polling in each game.