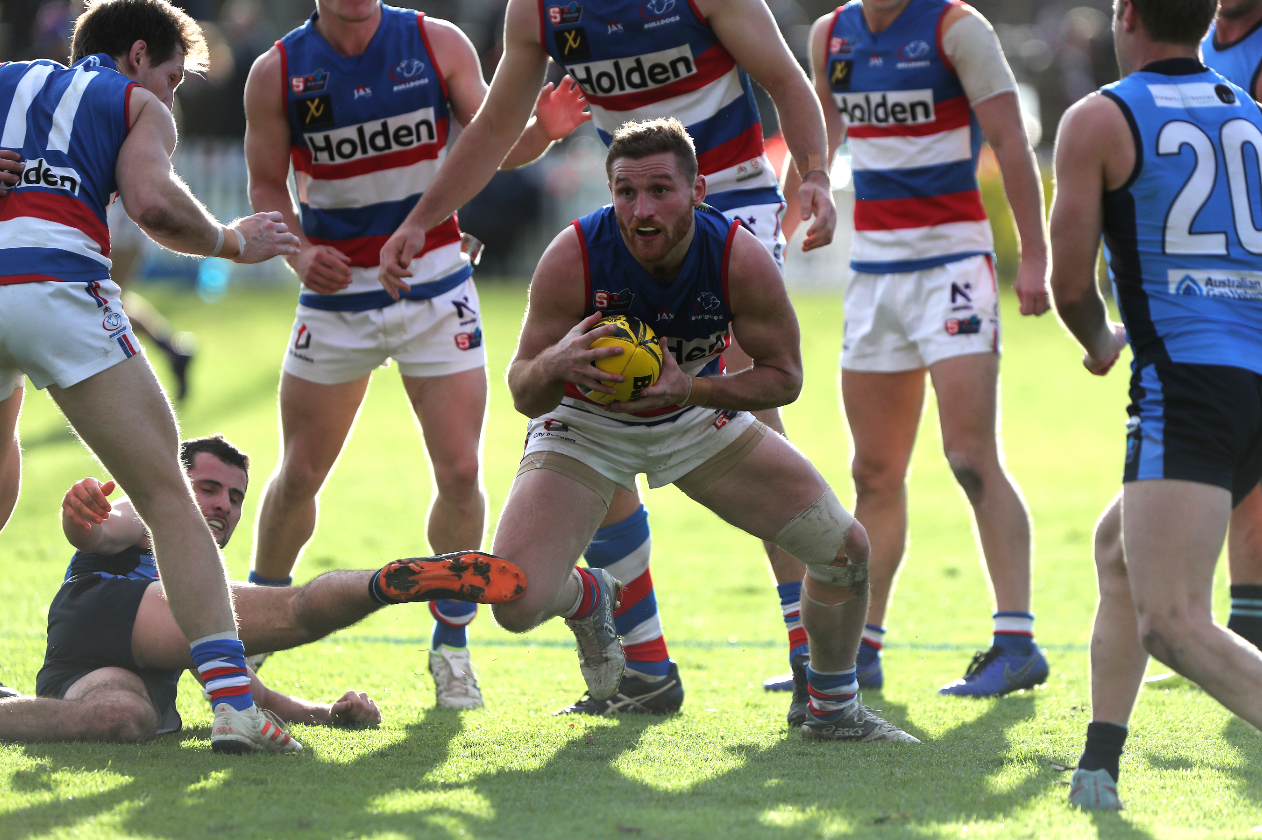 There’s no signs of slowing for Central District’s Jarrod Schiller.

In fact, there’s every reason to consider his career is headed on an upward trajectory despite his birth certificate suggesting he’s turned 28.

Schiller posted a dominant 2019 campaign, illustrated by him winning the Norm Russell Medal as Central’s best-and-fairest by a whopping 118 votes ahead of younger brother Travis.

Named on the interchange bench for The Advertiser SANFL Team of the Year, Schiller averaged nearly 26 disposals, five tackles and just a tick under seven clearances a game.

It was a massive personal effort from the nuggety midfielder as the Bulldogs were forced to battle on grimly without much team success last season.

Now the Nuriootpa product is looming as a key figure in new coach Jeff Andrews’ plans for 2020 as he seeks to feed what looms as an extremely talented forward line mix featuring the Menzel brothers – Daniel and Troy.

Set to act as joint vice-captain with the latter Menzel this season, Schiller can be relied upon to perform at a consistently high level in the red, white and blue.