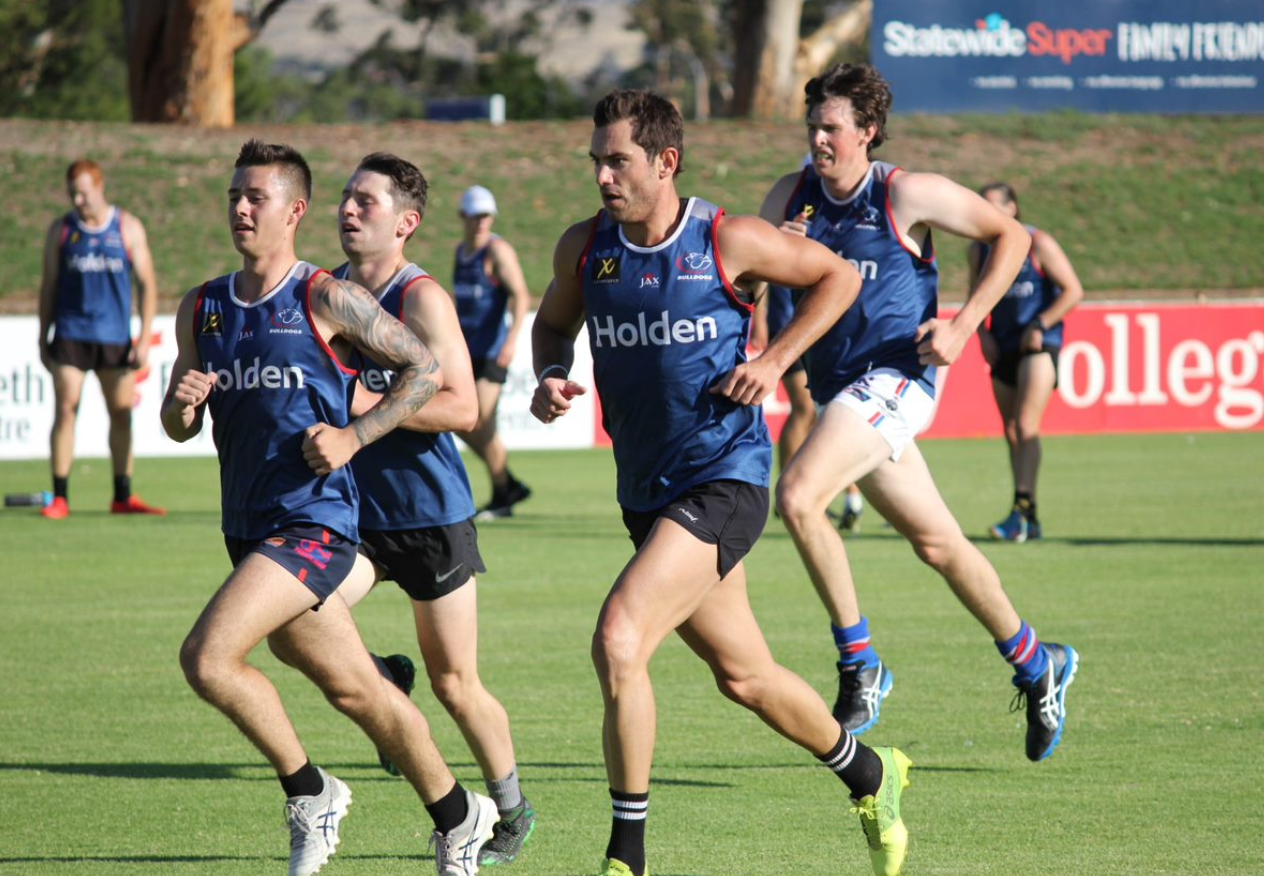 ”My body has never felt better in my life, it’s feeling as good as it can,” Menzel told The Advertiser in December.

”I’ve never really felt like this, had my body back me up and give me the best chance to play my best footy.”

Instead he is embracing the next best thing by linking up with younger brother Troy to make his Statewide Super League debut with his beloved Bulldogs.

The eldest Menzel sibling has only ever played Under-17s, Under-19s and Reserves at Elizabeth but now he’s ready to let loose inside the Dogs’ attacking 50m arc.

And there’s no doubting new Central coach Jeff Andrews will also be considering how much time to hand Menzel in the centre square, such is his creativity with ball in hand.

Despite enduring four years on the sidelines in his career due to a series of serious knee injuries, Menzel believes this has freshened him up to play exciting footy for the Bulldogs in 2020.

And that’s something all SANFL fans will be eagerly anticipating.