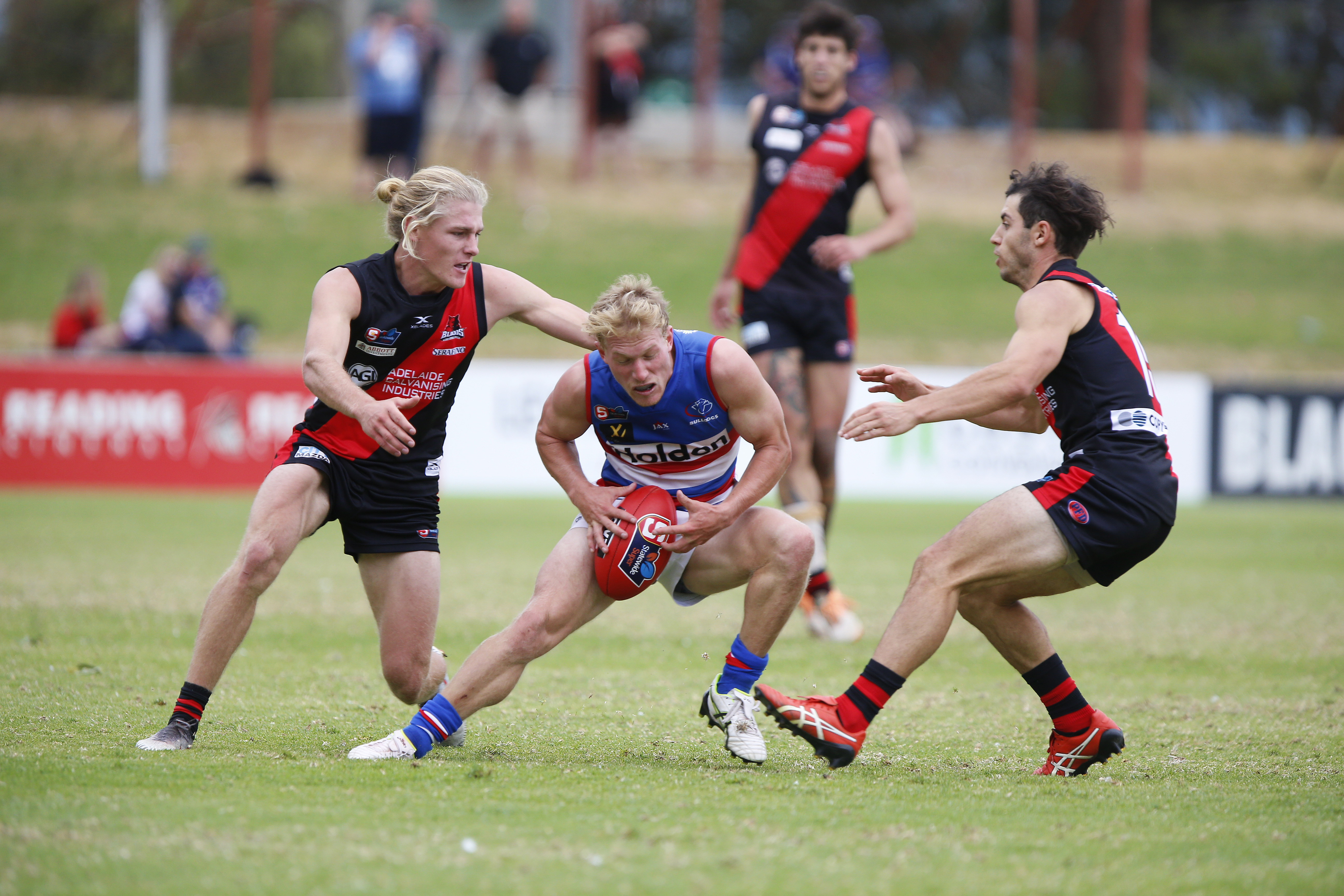 While he was deposed from his title by Sturt’s Sam Colquhoun as SANFL’s most prolific ball-winner in 2019, the 25-year-old still handballed more than any other player in the competition.

Placing fourth in clearances, Schiller was also runner-up in the Norm Russell Medal behind older brother Jarrod for the Bulldogs’ best-and-fairest award.

Measuring in at just 175cm and 73kg, the younger Schiller brother loves nothing more than getting his hands dirty at the bottom of the packs.

And the wetter the weather, the better as far as the Nuriootpa product is concerned as he prides himself on winning the greasy ball in traffic at the stoppages.

Playing in pain for the majority of last season, Schiller is one of a handful of SANFL stars to benefit from the delayed start to the season as it has allowed him time to continue his rehabilitation from a frustrating foot fracture.