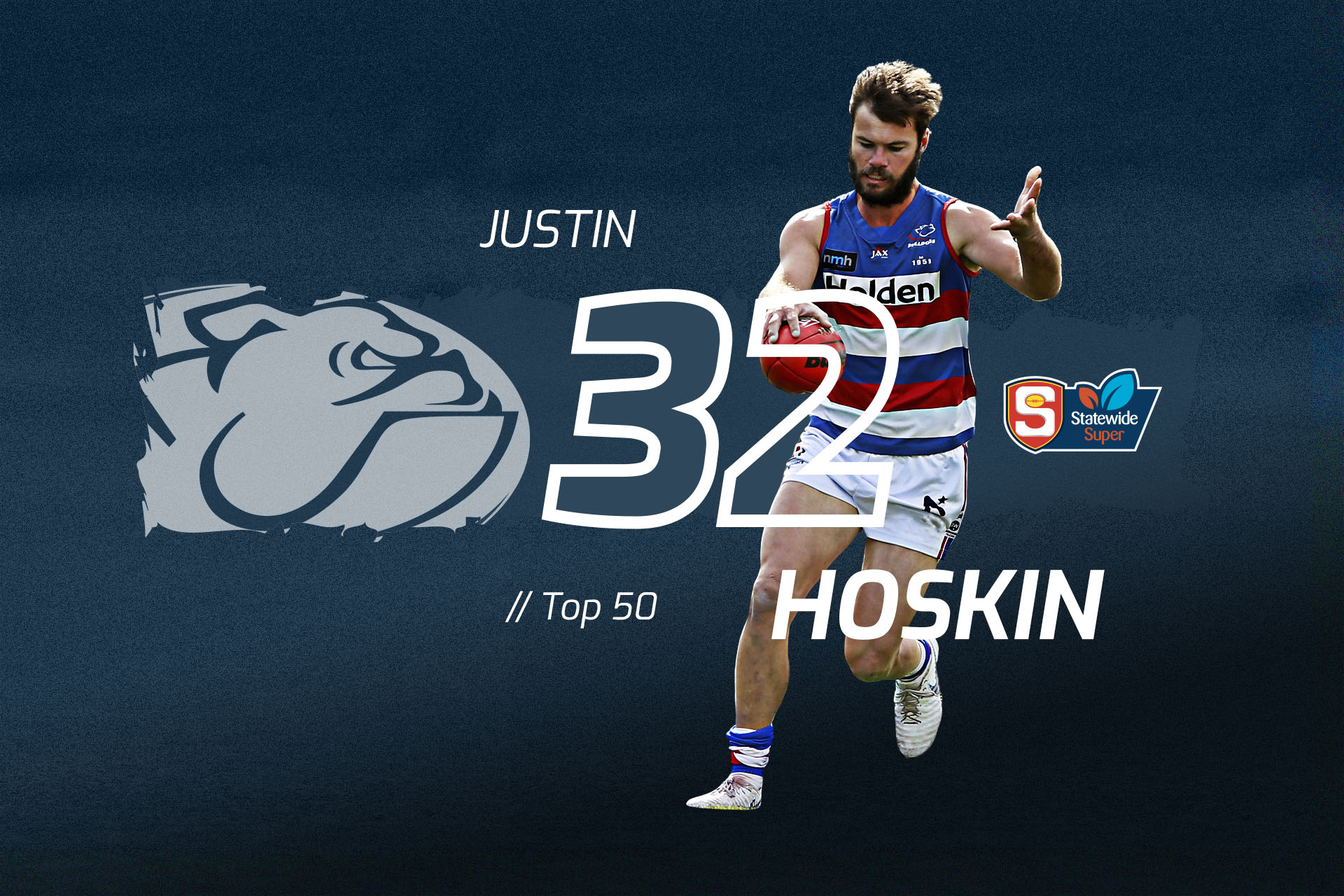 It’s difficult to determine whether Central District’s Justin Hoskin is more damaging through the midfield or in attack.

Such is his flexibility to have an impact in both sections of the field for the Bulldogs, the 28-year-old is one of the most important players on the list of new coach Jeff Andrews.

A member of the West End State team which defeated the WAFL in Perth last year, Hoskin also finished fourth in race for the Norm Russell Medal as Central’s best-and-fairest player.

Booting 25 goals for the season in 2019, Hoskin also illustrated his penchant for neat passing by registering a supremely high 95 per cent disposal efficiency from his average of 20 possessions per game.

An incredibly strong overhead mark for someone of his 185cm stature, Hoskin is the ideal man for Andrews to throw into the centre square if his team needs to regain the ascendancy from the opposition.

The Golden Grove product is also likely to benefit from the opposition focusing more on quelling Daniel Menzel after the former Swans and Cats forward decided to return to Elizabeth for 2020.