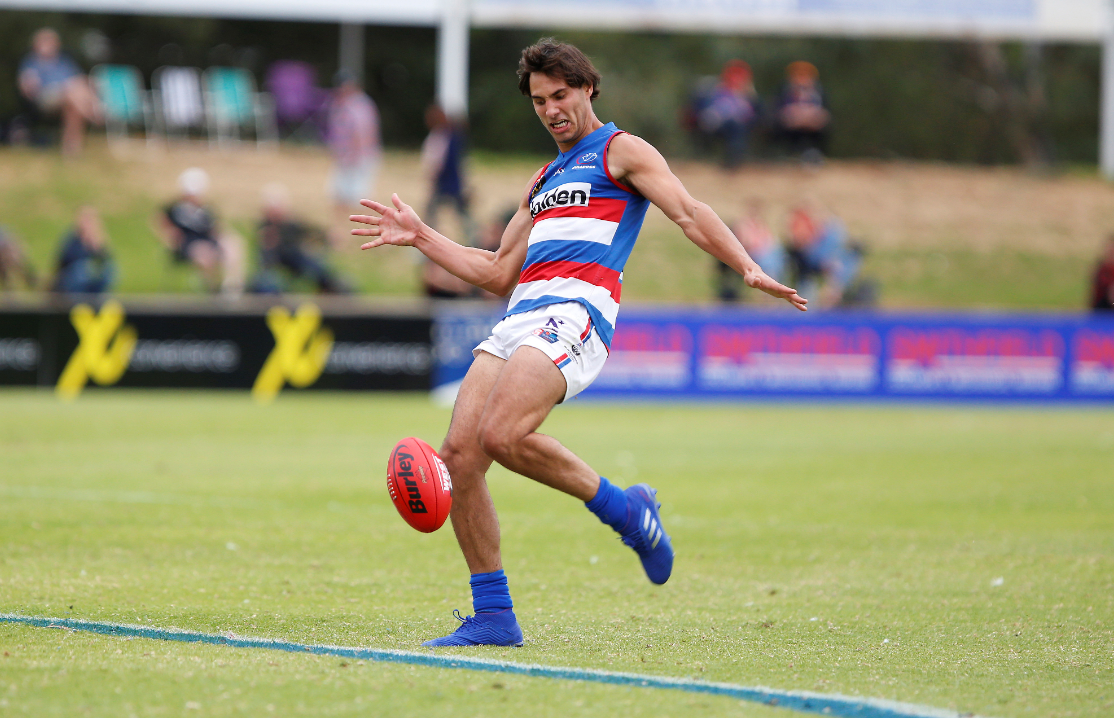 Excitement built when Troy Menzel was lured back to Central District for the 2019 season.

After spending a season with Tea Tree Gully in the Adelaide Footy League, the former Crow certainly didn’t disappoint in his first full senior season with the Bulldogs.

The classy 25-year-old finished third in the Norm Russell Medal as best-and-fairest while also leading the club’s goal kicking with a haul of 33, placing him fourth in the race for the Ken Farmer Medal.

A member of the victorious West End State team against the WAFL in Perth, Menzel was also selected in the forward pocket of The Advertiser SANFL Team of the Year.

It was no coincidence that the silky-skilled forward played well whenever the Dogs managed to bank the premiership points last year.

And there was no better evidence of this than when they pulled off a stunning upset against finals-bound Norwood at The Parade in Round 17.

Against the Redlegs, Menzel had nine shots on goal for a total of 4.5 to go with his 19 disposals, six marks and four inside 50s.

Could this sort of performance become a regular occurrence alongside of his older brother Daniel? It is a scary thought for opposition coaches and fans alike.