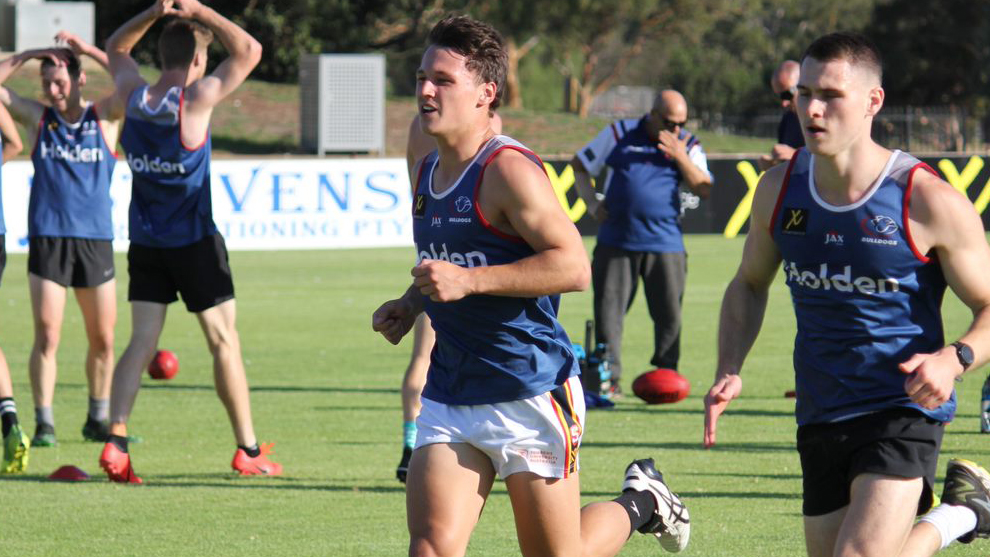 10 months ago
Sponsored by Torrens University

Central District’s Corey Durdin is determined to prove size doesn’t matter in his quest to be selected in this year’s AFL Draft.

The Bulldogs’ Torrens University Draft Target measures in at just 172cm and 71kg but that certainly doesn’t prevent him from attacking the contest with ferocity against much larger opponents.

Featuring in three Statewide Super League matches last year as a 17-year-old, Durdin has an uncanny knack of being able to find the football while also developing his craft as a clever goalsneak inside forward 50m.

“Corey’s a pure footballer who is small in stature but very tough over the ball,” Torrens University SA U18 coach Tony Bamford said of Durdin, who began his junior football with Gaza before moving to Golden Grove FC.

”He has elite skills, clean hands and an excellent ability to win contests at ground level.

“He has proven his talent at national level in the past two years, winning the Kevin Sheehan Medal as the best player at the U16 nationals in 2018 and playing in the U18 nationals last year as an under 17.

“Corey has already played good league football with the Bulldogs and needs to continue to develop his forward craft because he might be a bit small to play a lot of midfield in the AFL.”

“Corey’s a pure footballer who is small in stature but very tough over the ball. He has elite skills, clean hands and an excellent ability to win contests at ground level.''